Myths and Misconceptions About Year Round Clubs 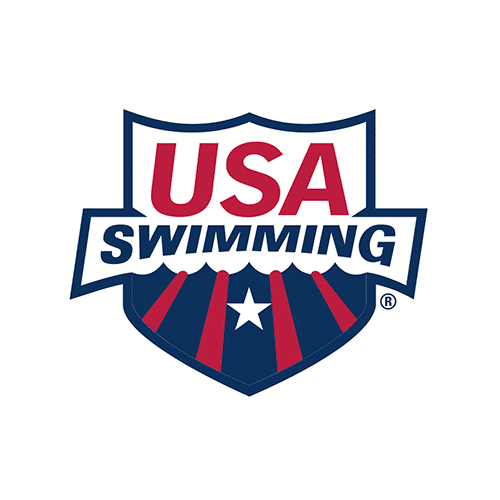 Many country club and summer recreational league swimmers have the wrong idea about their counterparts on USA Swimming clubs.

Maybe they catch a glimpse of them swimming at the local pool or at summer league meets and think there’s no way they could ever be as good as these club kids, never mind swim on the same team as them. They must practice six hours a day in a pool full of aspiring Olympians.

Whatever myths and misconceptions may exist, they are keeping some summer league swimmers from the fun of participating on a year-round club team. And that’s too bad, says Pat Hogan, a former club coach with the Mecklenburg Aquatic Club in Charlotte, N.C., and director of club development at USA Swimming.

“If a young person has enjoyed a seasonal swimming experience with the YMCA, country club, rec league, whatever, and they like the feeling of being in the water, then giving year-round swimming a whirl is something that makes sense,” Hogan said. “I think 50 to 75 percent of summer league swimmers who choose to swim year-round do so to get better for their summer league, and it opens up a whole world that they didn’t know existed.”

Hogan’s colleague, USA Swimming’s eastern zone coordinator Sue Anderson, agreed.
“If they think they might be interested, they need to try it – at whatever age,” Anderson said. “They should just try it. If they don’t like it, they don’t have to keep doing it. You can always go back to what you did like.”

According to Hogan, Anderson and the rest of the folks in USA Swimming’s Club Development Division, there are any number of concerns that keep summer league swimmers from joining year-round clubs.
Here are some of the biggest myths and misconceptions, coupled by the facts that should help debunk most of them:

Myth #1 – I’m not good enough to swim with a year-round club.

“That’s probably the most ridiculous one,” Anderson said. “Clubs have kids at every level. Some might have some very good swimmers, but every club I know has novice swimmers. Clubs are not going to survive if they only take stars.”

Hogan says the source of this myth often stems from the fact that a lot of the kids winning events in summer league meets are year-round club swimmers. The average summer league swimmer sees these kids and thinks he’s just not good enough.

“Part of what you’ve got to do is talk one-on-one with the parents and educate them on youth sports dynamics,” Hogan said. “In swimming, just like in other sports, kids who mature the quickest aren’t always the best as they get older. It’s the late bloomers that tend to be the best, especially in their teens.”

Myth #2 – The time commitment is too much.

The truth is, most good clubs structure their programs so that time commitment increases gradually as the swimmer develops and improves.

Hogan says club teams tend to be their own worst enemy when it comes to this myth.

“We’re so proud of how hard our kids work, we emphasize all the hard work they do and all the time they put in, but most of the time, we’re talking about the best swimmers on the club, not necessarily the regular kids,” Hogan said. “We end up painting a picture that’s not real attractive to novice swimmers.
“It’s important to swim on a regular basis, but you don’t have to be doing doubles at age 8 in order to develop. For new year-round swimmers, the commitment is not what it will be at 15 or 16.”

Myth #3 – I won’t be able to participate in other activities if I swim.

There’s an ounce of truth to this one, says Anderson, but mostly, it’s a matter of choice.
“Most clubs structure themselves so younger kids can participate in other activities,” she said. “It gets tougher for high school-aged kids, but again, it’s a choice. If you want to dabble in every single activity, it could be very tough.”

A well-rounded athlete will be a more successful athlete, so Hogan says most good clubs will encourage younger swimmers to participate in other activities in order to promote success in swimming over the long term.

“It’s very important that programs structure themselves in such a way for 12-and-under kids that swimming is just one of the things they do, not the only thing,” he said. “Programs have got to be structured in such a way that kids are encouraged to do other activities and give everything a try.”

Myth # 4 – Year-round swimming is too serious.

This one comes down to each individual’s definition of what is too serious. Most year-round swimmers say they like being with their friends, like being on their teams and enjoy competing.

“This one always seemed kind of silly to me,” Anderson said. “If there’s a high-pressure parental situation, it’s probably too serious. But if it’s something you enjoy doing, serious swimming can be fun.”

Myth #5 – I’ll burn out if I start swimming year-round too soon.

“I hate that word,” Anderson said. “Burn-out is a very serious physiological-psychological condition that’s not going to happen to a kid swimming five days a week for an hour and a half each practice.
“If a kid is enjoying it, having fun and not under a lot of pressure, it’s not an issue.”

What most kids experience is discouragement rather than burnout, and most of the time, it has nothing to do with swimming year-round.

“The reason it happens is that the kid’s experience is not planned for,” Hogan said. “Some kids mature quickly, have success early, then stop succeeding when other kids catch up to them. These kids get discouraged more than burned out.”

Swimming year-round costs no more than many other comparable activities, and when parents factor in all the costs of operating a program, it’s actually a very good deal.

“Compared to activities like gymnastics or anything else that requires professional coaches and facility rental, it’s actually pretty comparable,” Anderson said. “I used to figure out what it cost my swimmers, and it came out to less than a dollar an hour.

“It’s unfair to compare swimming to recreational soccer leagues. You have to compare apples to apples. I always tell parents to compare it to the cost of day care.”

Hogan points out other factors.

“A lot of other activities are not as forthcoming with their fees,” he said. “We tend to advertise all our fees up front, so swimming often appears to be more expensive than it really is.”

“People have this misconception that 8-year-olds train twice a day,” Hogan said. “People who don’t know anything about the sport don’t realize there’s a progression to get to that point.”

The bottom line is, no novice swimmer will be expected to swim double practices, especially if he or she is under the age of 13. That’s a step that comes much later, after the swimmer has gained some experience in the sport, and after the body has matured physically.

Type to search or hit ESC to close
See all results