Why We NEVER SETTLE

NEVER SETTLE. It’s more than a catchy phrase or a graphic on a t-shirt or swim cap. It’s the heart and soul of our team. It’s the standard we hold ourselves to in and out of the water. It comes from one of EGAC’s defining voices from the past. Coach Matt Casto, who died tragically on Tuesday, June 22, 2010 at only 28 years of age. The man Never Settled for less than his best and brought that same attitude to everyone he encountered. It’s what he lived by.  He even had it tattooed on his body. We too wear that motto every day in our hearts, on our gear and on our swim caps. We carry on that tradition of Never Settling for anything but our best. It’s a legacy we’re proud to carry on and honor. Here is an excerpt from an article written in the Davis Enterprise after his passing…

He grew up in Sacramento and and broke many Sierra Nevada age group record swimming for the CRA swim team. He left the sport for a bit, but came back to it when he walked onto the pool deck in 2001 at Sac City College. Matt was a hard worker, loved a challenge and a good race.

He was a four-time state champion as well as State Swimmer of the Year in 2003. He went on to swim at UC Davis setting school records in the 100 and 200 butterfly, 100 and 200 breaststroke, and 400 individual medley. He was the 2004 Conference Swimmer of the Meet, helping his team win the conference title that year. The California Aggie voted him the Student-Athlete of the Year.

He then went on to coach the AquaMonsters and in the summer of 2005 he became the head coach of Consumnes River Aquatics the swim team for which he competed as a youth. These past five years he coached at CRA building his team, at Sac City, and different high school teams. Casto touched so many lives some here in Davis and many in Sacramento.

USA Swimming Official Bill Rose sent an email out to the Sierra Nevada swimming community about Matt this morning. Bill stated, “I remember Matt when he was just a young swimmer at CRA, breaking records in his age group and then later when he came back to CRA, making the team strong again with his knowledge and smile.” Even though Matt was coaching, he still trained and competed himself. He just returned from competing at the Santa Clara International meet this past weekend. He appeared to be healthy and fit and was 28 years old.

Matt passed away on Tuesday night. He was riding his bicycle to practice and stopped on the side of the road. An ambulance came and took him to the hospital. His heart was racing and not pumping any blood. Then he passed. For so many of us, this does not make sense. He was young and appeared to be so healthy.

Matt Casto had a generous heart and was helping the world be a better place by coaching swimming and interacting with us all. Again, this is a crushing blow to lose him; he was a caring friend, coach, teammate and son. His smile and grace are his most memorable traints. He will be sorely miss throughout northern California.

So when you see our swimmers in the pool or on the town sporting that logo and walking that walk, you’ll know a little more about where it comes from and why it means so much to us. It’s how we carry on the legacy of an inspirational man. It’s why we NEVER SETTLE. 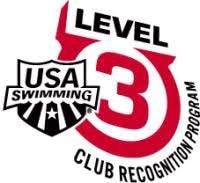 Shop Amazon by clicking the link below and EGAC gets up to 8% of every product you purchase!

Should Parents Talk About Performance?

Taking Pride In The Process 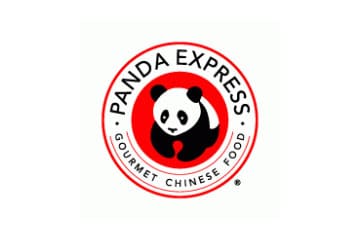